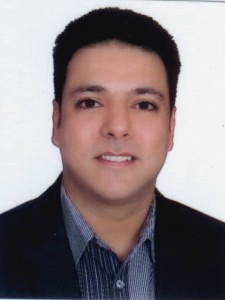 Amir Tajik (31) is currently the production manager of Press TV.