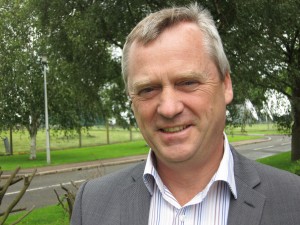 Prior to that John was Head of Strategic Planning and Development of Arqiva’s Satellite & Media division for four years, focusing on analysing markets and determining suitable strategies. In this and other roles he has provided insight into various markets and acquisition opportunities over the past six years.

Previously John was General Manager of Broadcast Systems at inmedia Communications responsible for the international operation of TV and radio stations as well as providing systems integration services to major broadcasters.

He worked for SSVC as an ENG cameraman and engineer prior to positions in Germany, Belize and Cyprus. John started his broadcast career with the BBC where he was a studio engineer.

John graduated from De Montfort University with a degree in Electronic & Electrical Engineering in 1984. He has furthered his learning through studies in management, environment and alternative energy.