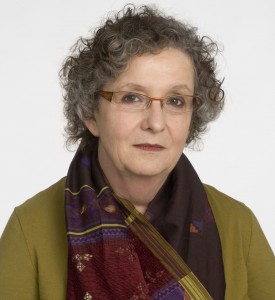 Lorelei Harris is from Cape Town South Africa and has lived in Ireland since 1979. She holds a BA in English and Anthropology from the University of Cape Town and an M.Phil in Social Anthropology  from University College London. She has worked in RTÉ for the past twenty-five years, starting as a researcher on The Gay Byrne Show. As a radio producer, she worked on The Gay Byrne Show, on Today at Five, in Religion and in Features. As a features producer, she produced a number of radio series and was for some years the producer of Sunday Miscellany. Lorelei made her first radio documentary in 1991 and, since then, has lost count of the number of radio documentaries she has produced. She worked for many years as the Commissioning Editor of Documentaries winning numerous international awards before becoming the Editor of Arts, Features and Drama for RTÉ Radio 1. She is also responsible for independent radio productions for RTÉ Radio. She is currently the Chairperson of the Radio Features Group of the European Broadcasting Union. In addition to her radio work, Lorelei is an experienced radio trainer, teaching and facilitating both in Ireland and internationally. She lives in Dublin with her husband and has two grown up daughters.