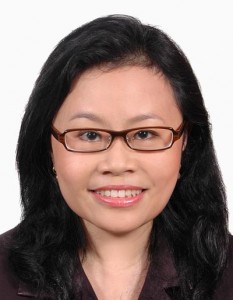 As Vice- President of Network Programming and Promotions, of  Channel NewsAsia Singapore and Channel NewsAsia International,  Rohana is responsible for the content and operations of the channel. In content creation, Rohana oversees the commissioning needs of the channel with a small team of programming managers to strengthen the channel’s branding by focusing on strong editorial, as well as effective scheduling and promotions for maximum ratings. Some of the commissioned works have won for the channel international and regional awards and accolades, such as the New York Festivals Intl TV & Film Awards, Asia-Pacific Broadcasting Union Prizes and the Asian TV Awards.

Rohana is also responsible for the seamless operations of the channel’s 2 feeds. Leading a team of schedulers, Rohana manages  new operational demands like the channel’s move towards a tapeless environment.

Before her current position in Network Programming and Promotions, Rohana was with the Current Affairs division for 19 years, overseeing the production of documentaries, news specials and the channel’s flagship analysis and current affairs programmes as a Senior Editor.