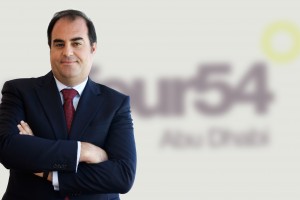 Wayne Borg is Deputy CEO & Chief Operating Officer at twofour54, responsible for developing and managing the company’s strategic operations. In this role, Wayne is leading twofour54’s drive to attract the right mix of established industry-leading and young innovative organisations to the initiative. Taking charge of establishing day-to-day operations for twofour54 also involves directing set up of the site’s infrastructure and services.

A native of Sydney Australia, Wayne Borg joined Universal Pictures International in 2000 as Managing Director Australia/NZ where he successfully transformed the Australasian UPI operation into one of the leading business units within UPI, resulting in market leadership. He returned to London to take up the promotion to Vice President, Latin America & Asia Pacific in 2003.

Under his leadership, growth in these territories significantly increased – in part through an aggressive local all rights film acquisition strategy, implementation and execution. A further promotion in March 2005 to Senior Vice President saw Southern Europe added to his portfolio of responsibilities as well as being charged with the establishment of UPI’s Russian distribution operation, prior to his elevation to Executive Vice President, Commercial, Universal Pictures International.