Geraldine Easter – Judge of the 2013 AIBs 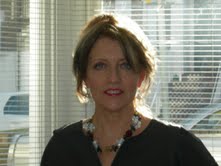 Director of Programming and Acquisitions

Geraldine then became director of independent film and public relations company, Interaction, before setting up Filmworks in 1987, originally as an independent production company. Filmworks has produced many internationally funded and award winning documentary and animation series along with hundreds of hours of in depth news features.

Geraldine continues to monitor and analyses the UK & European programme and production sector for the Nine Network and is responsible for all programming and co-productions coming out of the UK and Europe.