Nurzhan Mukhamejanova – Judge of the 2013 AIBs 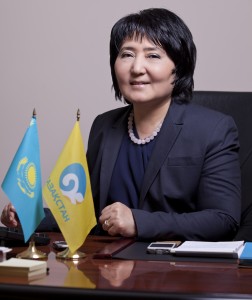 Nurzhan Mukhamejanova was born on February 12, 1961, in Almaty Region, Kazakhstan.
In 1982 she graduated from S.M.Kirov Kazakhstan State University majoring in journalism.

During 1996-1997 worked in the press service of the President of the Republic of Kazakhstan. In 1997 was head of on-line information service on a Kazakh radio station.
In 1997-2006 worked as a Deputy Director and Executive Director of Internews-Kazakhstan nongovernmental and noncommercial organization. During 2006-2011 was Deputy Director General in Channel 31 TRC ltd.