Richard Kastelein – Judge of the 2013 AIBs 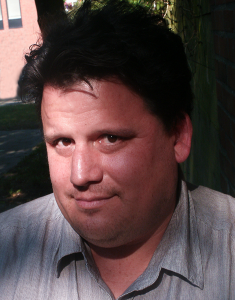 Richard Kastelein, a Creative Technologist and Canadian Expatriate based in UK and Netherlands is the publisher of www.appmarket.tv and partner at Agora Media Innovation in London, England. He was the 2010 Winner of the Deloitte Technology, Media & Telcom (TMT) Predictions for Entrepreneurs in Holland for futurist views on Social TV and Media Convergence (Tech Visionary). In 2011 he won a Computerworld Honors Laureate for Innovation and most recently was a finalist for IBC’s ConnectedWorld.
TV Personality of the Year 2011 for work at Appmarket.tv – he lost to Marc Zuckerberg from Facebook. He is also a columnist for The Association of International Broadcasters The Channel Magazine, Virgin.com and sits on the Advisory Boards of TEDx Istanbul and Social Media World Forum. Currently he’s working on a number of OTT projects in Ireland, Malaysia, the UK and USA with Agora Media.