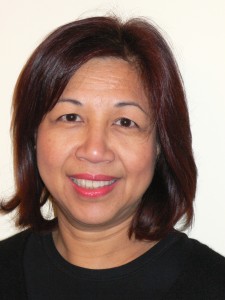 Tin Htar Swe is head of one of the lifeline services of the BBC World Service.

Ms Swe joined BBC World Service in 1988 as a broadcast journalist for BBC Burmese, and during the following ten years she travelled extensively covering Burma-related events from Burma’s neighbouring countries.

In 1997, she moved to the United States to work for the newly established Burmese Language Service of Radio Free Asia. She was instrumental in building the Burmese Service of Radio Free Asia turning it into one of the most popular radio stations in Burma in the late 1990s.  She devoted her time between Washington and Bangkok overseeing the newsgathering office based in Bangkok.

She returned to BBC World Service in 2001 and was appointed Head of BBC Burmese in 2003.  Tin Htar Swe has strengthened the BBC Burmese newsgathering team in Burma’s neighbouring countries and establishes extensive newsgathering network inside Burma.  She introduced many interactive programmes engaging with participants from inside Burma in spite of limited access to the country. In March 2008, BBC Burmese Service won two major awards for the coverage of September 2007 protests in Burma. The service’s excellent coverage of the “Release of Aung San Suu Kyi” in 2011 and “Burma By-Elections in 2011” were highly commended by the International Media.

In 2010 she was appointed Head of South Asia Hub to oversee six language services of the BBC World Service.

Tin Htar Swe has successfully expanded audience reach by making the BBC Burmese output available on digital platforms. Some of the service’s features are now available to listen on FM in Burma.  In 2013 BBC World Service has become the first international media organisation inBurma to deliver news on the mobile platform and in the same year the BBC also opened a news bureau in Burma.