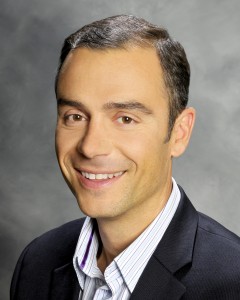 Frazier has over 20 years of experience in securing distribution for various media ventures.  For the past two years, he has worked with AMC/Sundance Channel Global as a consultant on international business development and global distribution and has helped launch Sundance Channel in eight territories.

In Marco’s previous role as Vice President of Global Distribution, he focused on growing Sundance Channel Global in EMEA.  Prior to this, Frazier was instrumental in launching multiple thematic pay TV channels and brands and contributed to building up multi-million pound revenue streams.  As Vice President of Business Development at Creative Networks International, he was pivotal in launching Cult Network Italia. At Sitcom S.p.A he secured distribution enabling the launch of three new channels including: Nuvolari, Alice and Leonardo.  Additionally, he led ESPN Classic EMEA’s Affiliate Sales and Distribution department to build a paying subscriber base of more than 35 million homes.

Frazier speaks English, Italian and French.  He resides in Rome, Italy, with his wife and children.