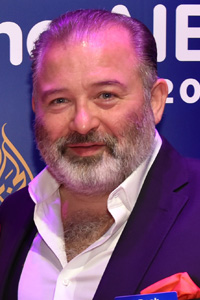 Alan is a broadcast producer, presenter and senior manager who has spent much of his career with ITV in the UK. He’s a former Editor of the network’s iconic daytime TV programme This Morning. He was part of the senior management team that ran the breakfast shows GMTV and Lorraine and then launched Daybreak. Alan was a member of the executive team that runs all of ITV News – its Nations and Regions.

He joined with partners to form the global media services company BlackRook Media in the autumn of 2011. Now celebrating its tenth year in business, BlackRook has produced more than 300 half-hour current affairs programmes for the broadcaster Iran International and provided more than 50 of its staff in London over four years to support Nigeria’s ARISE News.

BlackRook currently serves UK Indie Zinc Media in commercial video production and its lead coaching consultant has trained all of the BBC’s UK editorial apprentices since 2017.

Alan is an International Federation of Journalists’ documentary prize winner and a member of The Royal Television Society.