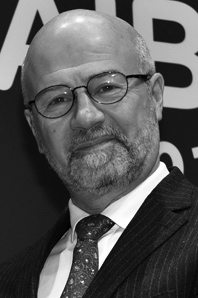 Alexey’s journalistic pursuits began in the early 1970s, when at just 13 years of age he published his first article in a national newspaper. In the Soviet era, however, his career focused predominantly on sports journalism, which was largely devoid of political interference, and Alexey has reported on a number of major sporting events, including the Olympics. During the Perestroika, Alexey began to cover general issues and in 1990 joined Russia’s first ever independent radio station Echo of Moscow, where he soon became a news anchor and a reporter. For this station he covered some of the most important events of the 90s in Russia, including the August Coup of 1991, and the October 1993 Constitutional Crisis.

Since 1994 Alexey has mostly worked on Russian television. He was instrumental in launching the new national network, REN TV. At the same time he continued his love affair with sports journalism and still writes frequently on the subject for national newspapers and magazines. He also became Russia’s first golf commentator and served for many years in this capacity at Eurosport and other sport channels. Alexey is a winner of the prestigious Russian Union of Journalists’ award “For Professional Excellence” and several other industry awards. Alexey is a member of the Executive Committee of the AIB, during 2016 – 2018 he was elected the AIB’s Chairman.

He is also a Deputy Head of the Department of Media and Communications at the Higher School of Economics, one of Russia’s top universities. His area of academic interest includes “new media” and generally Web 2.0 era journalism.

Alexey joined Russia Today (now RT) in 2005 as a member of its launching team. Since 2009 he is RT’s Managing Editor.