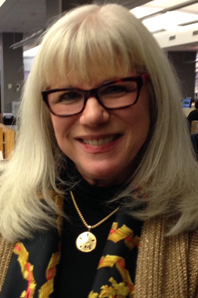 Amy Katz currently manages content and distribution for the VOA (Voice of America) News Center. She has also served as the Senior TV Executive Producer, overseeing daily TV there. She began her VOA career 23 years ago as a TV reporter for the News Center. Prior to VOA, Katz worked for ABC News in New York on the “World News Tonight with Peter Jennings” show and later relocated to the network’s Washington bureau to work on “This Week with David Brinkley.” Throughout her career she has covered major world events, has coordinated numerous special projects and traveled the U.S. and the world as Peter Jennings’ field producer. She also contributed to the launch of the Fox News Channel in New York and served as a Senior Producer for Discovery Health Channel’s “Birthday Live” annual programs. She holds a Bachelor of Arts in English from Trinity College in Hartford, Connecticut.