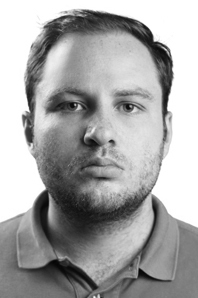 Blaise Hope is the founder and CEO of Origin Hope Media Group. He has two decades of experience, starting with internships at GQ & Tatler, studying in the US then working his way up from copyeditor to prime time news presenter and producer in Southeast Asia. After several hundred hours of live news broadcasts and more taped interviews he moved on to become editorial adviser for a major media conglomerate in the region, before returning to the UK to found OHMG. He works largely with clients in the US and UK but the workflows he created remain on the walls of newsrooms in the developing world today, directing the production of news consumed by hundreds of millions of people.

Blaise has a global view of how media production will develop in the coming years and maintains a keen interest – professionally and personally – in how this is coming, and will come, about.