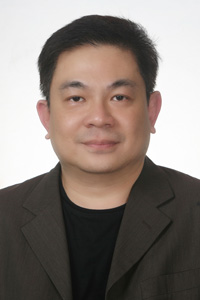 Carlson Huang Chia-shan has worked in the field of international broadcasting since 1996. He has a wide range of experience as a reporter, a program producer and an English program host. He has been involved in administration and management work as well starting off as section chief of foreign languages, vice manager of the programming department at RTI to manager of international language division. He has been actively engaged in promoting people to people contact and international exchanges. His work has taken him to a number of countries in the world including Asia, Africa, Latin America, South Pacific, Europe and Russia and has allowed him to meet local broadcasters, key media players as well as RTI audience. He served as an executive committee member of the AIB for 2020-2022. He has also served as a judge for the AIB Awards for a number of times.