Charlotte Cabrero is a media professional with 18 years’ experience of global sales, business development and building strategic partnerships with international public and private broadcasters as well as multimedia platforms. She has managed worldwide distribution of thousands of hours of award-winning TV and radio content for the BBC, Parthenon Entertainment, the Extreme Sports Channel and independent production companies, successfully negotiating complex agreements with international and internal stakeholders at the highest level in developed and emerging markets.

Charlotte joined the BBC 10 years ago and has during this time worked on many projects. One of them was the creation of a media distribution network for Ebola response programmes to Liberia and Guinea for BBC Media Action. “Kick Ebola from Liberia” and “Mr Plan-Plan” won a George Foster Peabody award for public services together with other BBC World Service programmes produced in response to the Ebola outbreak and delivered to the worst affected countries in Sierra Leone, Liberia and Guinea.

In parallel and between 2011 and 2017, Charlotte has also been actively involved in the development and implementation of international projects, events and industry conferences attendance, as well as marketing and social media activities for the Digital Radio Mondiale (DRM) Consortium. The DRM Consortium is a not-for-profit organisation promoting the DRM global digital radio standard to international broadcasters, regulators, research and telecommunications organisations, governments and manufacturers.

Charlotte has graduated from the Sorbonne University and holds an International Advertising Association Diploma from the Ecole Supérieure de Publicité in Paris. She speaks English, French, Spanish and Italian. 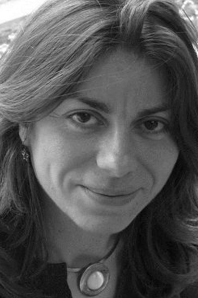