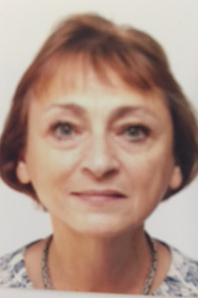 Deborah Davies is a multi-award winning investigative journalist, who’s reported for most of the UK’s main channels and also been based in the US, China and Singapore.  She is now part of Al Jazeera’s Investigative Unit and worked on programmes including an expose of the Chinese criminal gangs involved in South Africa’s illegal rhino horn trade and doping in US sport.

She’s covered many of the world’s most troubled areas from Northern Ireland in the 1980’s, Bosnia and Iraq in the 90’s to modern day Congo, Pakistan and the Middle East.  She has frequently gained exclusive access to break stories, including the first ever film about Bin Laden and revealing the existence of Iraqi police death squads.

In 2018 she revisited a story she broke more than twenty years earlier, on the sexual abuse of young footballers by coaches linked to major UK clubs.  The latest film for Al Jazeera, Football’s Wall of Silence, contained new and exclusive material, building on her earlier investigation.

Several of Deborah’s films have changed the way the UK justice system deals with crimes such as murder, rape and domestic abuse.