Gardenia Trezzini has been Editor-in-Chief at Euronews since 2006.

In November she will take up the post of Head of Euronews Brussels Bureau.

Her new role will include building on her experience of managing the editorial content of European and current affairs magazines for the broadcaster. Those programmes included Global Conversation, Insiders, Aid Zone, Real Economy, Futuris, and Business Planet.
Her responsibilities have also involved the conception and development of new programmes and the management of special events.

Gardenia Trezzini was previously Editor-in-chief News at Euronews when she was responsible for overall editorial policy and coverage of events for the 24/7 news coverage in 10 languages.

Gardenia is fluent in Italian, French and English and holds a Master’s degree in French literature. 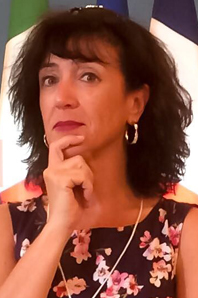