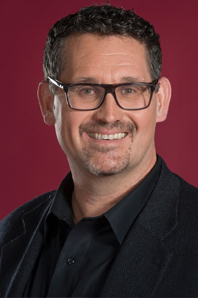 Heaton Dyer is Executive Director of Strategy and International Relations for CBC/Radio-Canada. As such he is responsible for providing strategic thinking and strategic planning as well as leading efforts to build international alliances and partnerships.

In his position, Dyer also works closely with content and business heads to identify, and realize, corporate development opportunities, growth opportunities, and strategic partnerships and alliances.

Prior to taking up this position, he was Executive Director of programming at CBC News, overseeing News programming, nationally and locally, on all broadcast, digital and mobile platforms. Dyer has served in a number of different roles at CBC/Radio-Canada including being Head of Current Affairs and Head of the CBC’s All-News channel.

Dyer has worked for four public and four private media companies on three continents and has more than 30 years experience in media. He has served as Head of News and Current Affairs at TVNZ, New Zealand, and launched TVNZ’s version of 60 Minutes (as Executive Producer) in the early 1990s. Dyer is originally from Australia and has worked as a reporter and producer for several Australian networks including ABC, SBS, Nine Network Australia and the Seven Network. He has also worked extensively in Britain, for a number of different broadcasters and media organizations, including Sky and Dow Jones.