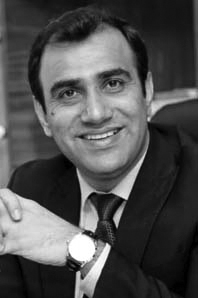 Ismail has been awarded the state medal from the President of Afghanistan for reinventing RTA and taking practical steps towards transforming this state broadcaster into a public service broadcaster.

As a media transformation specialist, Ismail helped BBC, RTA and other media outlets launch new television channels, radio stations and transition into digital ways of working and engagement with the target audience.

Prior to this, Ismail was an Editor for BBC World Service.  During this period, Ismail worked with a multilingual team (of Turkish, Persian, Pashto, Uzbek and Kyrgyz) Senior Editors to develop and execute a refreshed editorial and growth strategy for their platforms with a particular focus on breaking news, bespoke shows, and focused content for women and young generation.

Responsible for creating and distributing leading content globally; Ismail led BBC Pashto Digital team from 2016. Whilst in the role, he focused on the digital transformation of BBC Pashto, managed a hub of senior producers and journalists, and provided editorial, strategic direction for all outputs – encouraging data-led newsroom for mining analytics to understand and act on audience need.

Ismail is the pioneer of the first ever 24/7 Sport channel in Afghanistan, establishing new volleyball, Buzkashi leagues and other women sport leagues.