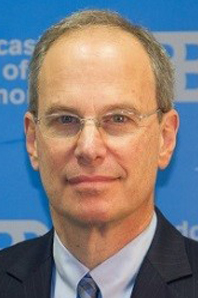 John Lippman is the Deputy for Programming at the Voice of America, the U.S. government’s largest international media organization, supplying programs and other content in more than 45 languages to countries around the world.  He was executive producer of Displaced, an award-winning one-hour VOA documentary about the plight of Rohingya refugees targeted by the government of Myanmar in what the United Nations has termed “genocide.”  He also served as executive producer and co-writer of the one-hour VOA documentary One Day in the Life of Refugees, scheduled for broadcast premiere in June, 2020.

Prior to joining VOA, Mr. Lippman served in a succession of progressively responsible positions in U.S. government international media, including acting Director of the Office of Performance Review (VOA’s internal TV and radio program consulting arm) and acting General Manager of the Office of Cuba Broadcasting and its Radio and TV Marti stations.  He entered government service in 2009, following a successful career in U.S. commercial television news.

Mr. Lippman is a graduate of Dartmouth College and completed news and media management courses at Harvard, Notre Dame, and Wharton.  His first job was as a broadcast engineer (he holds a FCC General Class/First Class broadcast license).  His second language is Spanish.