Kirstine Stewart – Head of Shaping the Future of Media, Entertainment and Culture 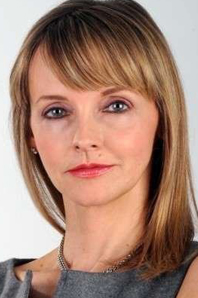 Kirstine Stewart is the Head of Shaping the Future of Media, Entertainment and Culture at the World Economic Forum. With a board of governors including CEOs and Chairs from top media companies, she works with industry to keep it leading edge in a disrupted marketplace.

While situated in NYC, Kirstine was VP Media for Twitter North America after launching and building the successful Twitter Canada office in Toronto. As VP Media, Kirstine led teams driving content creation and partnerships in News, Entertainment, Music and Sport.

Before moving to Twitter, Kirstine was the Head of Canada’s national broadcaster the CBC. She is credited with reviving the public broadcaster’s content by introducing such hit shows as Dragons’ Den, Murdoch Mysteries and more, expanding CBC’s reach across TV and Radio and taking the Corp through a major digital transformation marked by the 2014 Olympics.

Over her career Kirstine held a series of executive media positions in Canada and the US including leading Canada’s HGTV and Food network and the 37 international channels for Hallmark International Crown Media in Denver.

Prior to her work at the Forum Kirstine occupied C-suite positions in two successful technology startups, the most recent digital transformation company TribalScale and served on a number of media and technology Boards.

Kirstine is also the author of bestselling leadership book published by Random House “Our Turn”.