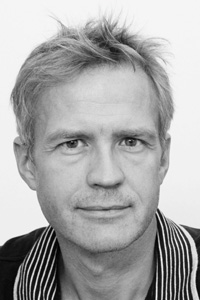 Kjetil (52) has work for the Norwegian public broadcaster, NRK, since 1993. He studied 2 years of Journalism at university level.

For the first 15 years he worked at a regional office, first as an all-round reporter, ending up as head of regional news in Oslo. For some years he was focusing on multicultural journalism and documentaries for TV.

Later he joined NRKs documentary department. As program maker Kjetil has worked with features, current affairs and investigations. He has made documentaries for TV and radio.

As a producer/program maker Kjetil has received national and international awards.  He is member of the committee behind the International Feature Conference, IFC. He has been part of the jury of Prix Italy and Prix Europa, besides Norwegian awards.