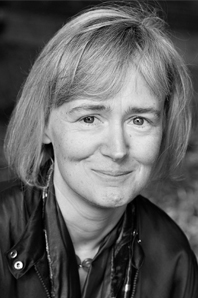 Liz Tucker is a multi-award winning documentary executive producer and director.  Her awards include the UK’s top science documentary prize, the prestigious Glaxo/ABSW Science Writers’ Award, and in 2015, she was named as Broadcast Journalist of the Year by the Medical Journalists’ Association.

Her documentary Filming My Father: In Life and Death about a man with motor neurone disease has won more awards than any other Channel 5 programme ever made. She and her teams have produced a large number of critically acclaimed science, medical, and contemporary factual programmes for many of the world’s leading broadcasters including the BBC, Channel 4, Channel 5, WGBH, Discovery and TLC. These programmes have been shown in more than 100 countries and include: Rowing the Pacific, In Search of Genius,  The Man Who Faked His Life, Blood of the Vikings and Horizon.

Liz is the current chair of the UK’s Women in Film and TV and is a voting member of BAFTA.