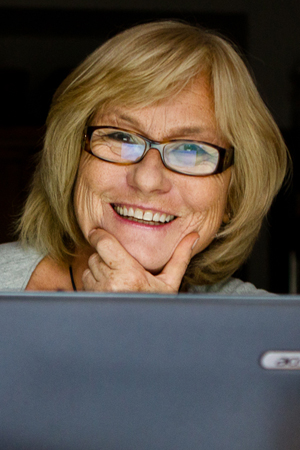 Magda Walter is an international media consultant and journalism trainer.  She is a veteran journalist, with expertise in business, political and international news, having worked as a producer for local and public TV, as well as CNN in the US; senior and special projects producer for CNBC Asia in Hong Kong; and bureau chief for NBC News in Moscow.

She has also worked as a media relations executive:  as Head of European Media Relations at the European HQ of the World Bank in Paris, and Global Head of Media for the children’s NGO, Plan International.

Since establishing her consultancy in 2003, Walter has trained journalists and media officers, advised international NGOs and UN agencies on media and communications strategies, and produced public information video campaigns, with Amnesty International, Oxfam, UNDP, UNICEF, Caritas, OSCE, the African Development Bank, the International Women’s Media Foundation and the International Centre for Journalists among her clients.  In recent years she has coordinated media policy, research and advocacy projects, at Open Society Foundations, the European Endowment for Democracy and the Baltic Centre for Media Excellence, where she is currently the principal development adviser.

Between 2003 and 2013, she served on the Board of Trustees of One World Media in London.

A native of Warsaw, Poland, and a US citizen, Walter holds two master’s degrees, from the History Department of Warsaw University, and the Department of Journalism of Ohio State University in Columbus, Ohio in the US.