Prior to becoming a lecturer at City and Islington College Mal Reding was a producer and presenter for a variety of television and radio networks on both sides of the Atlantic. Including, LBC Radio, WYEP and WDVE, Pittsburgh, WMMR, Philadelphia and WNEW, New York, MTV Europe, Turner Network Television and Access Hollywood. As a correspondent for NBC News, Mal has covered stories as diverse as the US elections, the Live Aid Concert and the Prince’s Trust Concerts. He has interviewed many of the world’s top recording artists and film stars including Sir Paul McCartney, Sting and U2, Michael Caine, Tom Hanks and Tom Cruise along with two James Bonds; Timothy Dalton and Roger Moore.
Mal Reding gained an MA in Mass Communication Research from the University of Leicester, is an accomplished teacher of Tai Chi, loves sailing and soccer and supports Arsenal! In addition to teaching at City and Islington Mal has also been a visiting lecturer at the University of Westminster where he taught on the BA programme in Media, Art and Design and on the MA in International Journalism Mal secured the funding to set up CANDI Radio an Internet radio station based in the college’s Centre for Business, Arts and Technology that was run by and for the students.

He is currently securing funding to set up a community radio station, hackneyradio.com. 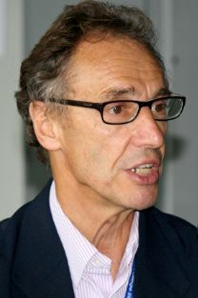