Melissa Bell to host the 2013 AIBs 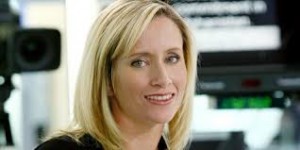 Melissa Bell is an International Correspondent for France 24.  After working for Granada Television and the BBC in the UK, she joined France24 in 2008.  Since then she has reported extensively from Africa, the Arab world, the Americas and Asia, covering all the major news stories for France 24’s French and English channels.

Competition to win the awards is fierce with different categories pitting diverse entries against each other: for example, in “Current affairs documentary – radio” the shortlisted entries are from Radio Australia, Grey Heron Media, Radio Free Europe, Radio Taiwan International, Voice of Nigeria and Voice of Russia while the “Middle East documentary – TV” has Al Hurra, BBC News, Channel 4, CNN and NHK Wave battling to win.

The awards are sponsored by RTG TV and Ruptly.  Ruptly will also be distributing the short list clip reel and providing the coverage of the awards ceremony.