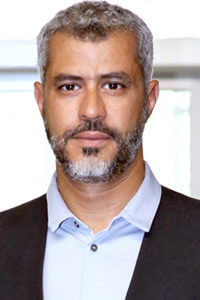 Mouhssine Ennaimi is director-producer based in Istanbul, Turkey. He is Executive Producer and the co-founder of the award-winning documentary series: “Off The Grid”. Previously he was Field Producer and a war correspondent. Originally from Paris, France, he lived in the Middle East and in South Asia for almost 15 years. He has spent more than a decade in hostile environments and war zones.

Mouhssine Ennaimi started his career as a correspondent for numerous French networks, working mainly out of South Asia and the Arab world. He lived in Colombo (Sri Lanka), and in Mumbai (India) for almost 10 years. Later, he was based in Jerusalem and in Doha (Qatar).

Mouhssine Ennaimi is also the author of “Slumboy”, a portrait of a Slumdog Millionaire type of hero living in Mumbai, and “The Strength to Say No”, a character-driven book about forced child-marriages in India.

Off The Grid is a character-driven documentary series covering global stories through personal journeys.