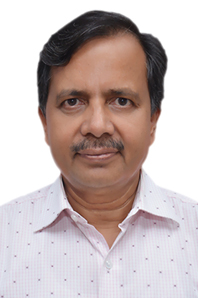 Mr. Sunil is serving as the Additional Director General with India’s Public Service Broadcaster Prasar Bharati and is heading the International Relations, Marketing and Distribution Division at the Corporate level. He is an M.Tech and MBA in Finance & until recently headed the Planning Wings of Transmitters & Satellite Divisions of DDI. With over a three decade experience in the field of Broadcast Engineering, Mr. Sunil has essentially worked with installation of Broadcasting Projects in India and overseas, covering the domain of High Definition TV Studios, Digital Transmitters and Satellite Uplinking Earth Stations. He has been Responsible for Capital Procurements of all Broadcast equipment for the public broadcaster DDI. Mr Sunil has Planned and executed the setting up of the DTH Platform for the Public Broadcaster and is looking after the global distribution of this coveted platform .He was a Member of the Technical Advisory Group of ICC ( INSAT Coordination Committee) which is the the Apex Body of the Indian Space Research Organisation (ISRO) and has also served as Secretary General of Broadcast Engineering Society of India . A winner of the ABU Broadcast Engineering Excellence Awards for 2018, he is currently the Vice Chairman of the Technical Bureau of the Asia Pacific Broadcasting Union for the term 2018-2020