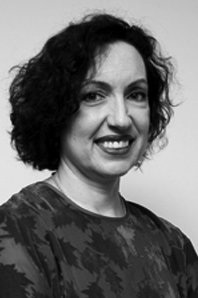 Olya Booyar is Head of Radio for the Asia-Pacific Broadcasting Union, an association of broadcasting and associated industry bodies reaching more than half the world’s population.

Based at the ABU’s headquarters in Kuala Lumpur, Malaysia, Olya is responsible for setting the strategic direction for the Radio as well as help drive an expansion of services to the ABU’s more than 250 member organisations across the region and around the world.

Born in Ukraine and educated in Canada, Olya began her career as an on-air broadcaster-journalist with the Special Broadcasting Service (SBS) in Australia and rose rapidly through the organisation to Corporate and Community Relations Executive, before leaving to become Deputy Director of the country’s Classification Board. She has been a General Manager in charge of content, consumer and citizen matters for the Australian Communications & Media Authority (ACMA) and managed the communications and public affairs portfolios for the Australian Writers’ Guild.