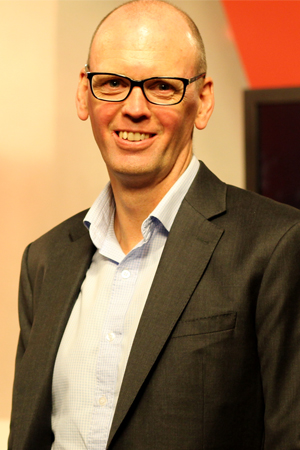 Paul Patrick is an experienced newsroom practitioner, with more than 30 years of experience in radio and television. Currently he is the Head of Content at Australia’s leading regional television network Prime Media.

He has also led the Sydney news team at Network TEN, as well as being the Editor of Daily Programmes at TVNZ.

Paul’s career has taken him to Olympic and Commonwealth Games as a reporter, the Oscars as a producer, and countless election campaigns as a planner and producer.
He’s also led newsrooms through the chaos and tragedy of New Zealand’s Pike River and Christchurch earthquake disasters.

Paul realises how lucky he is to be in the news industry – one that might be constantly changing and evolving, but as vital as ever.