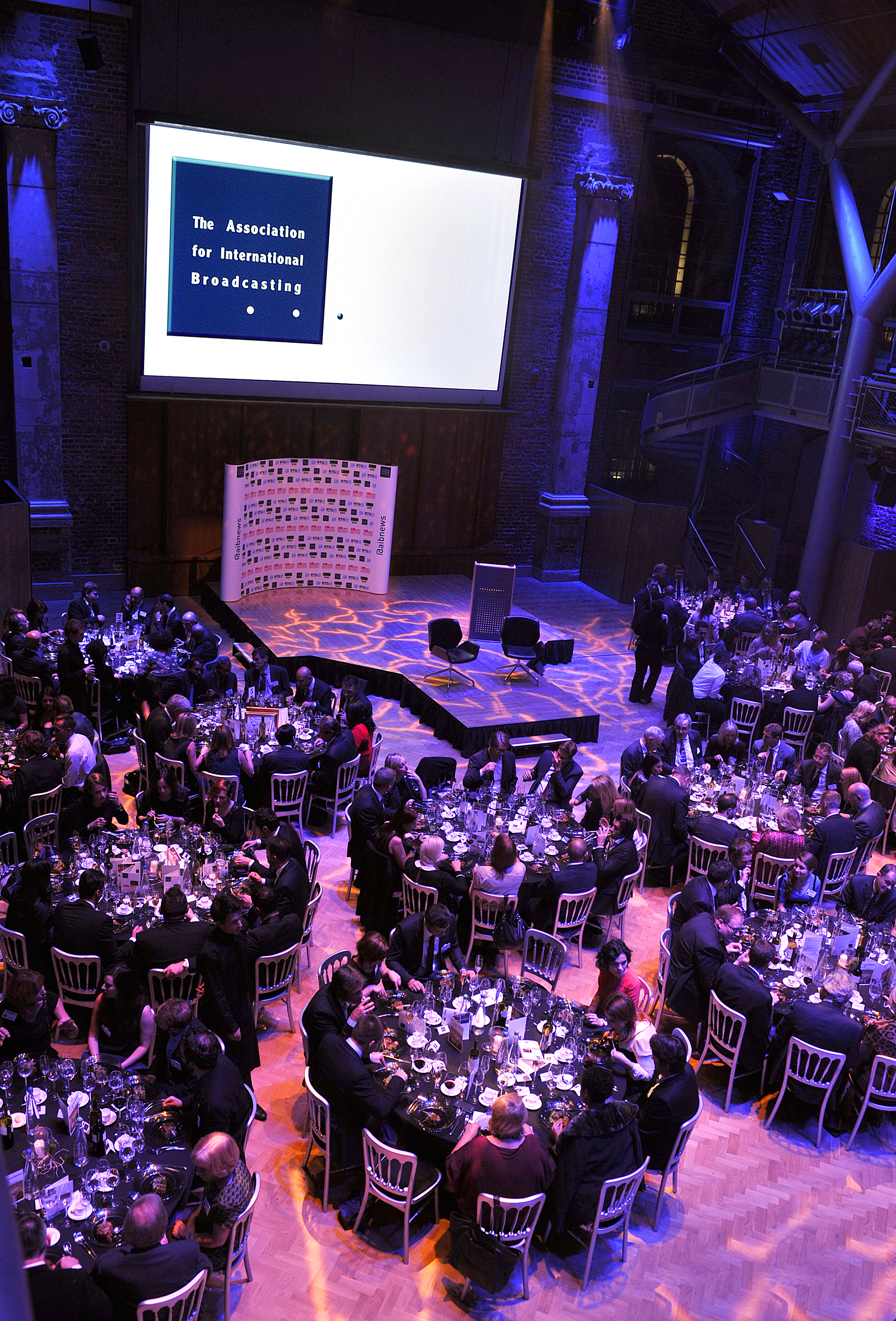 The winners and highly commended entries for the AIBs 2013 were announced at our gala dinner on Wednesday 6 November which was attended by nearly 200 people from media companies all over the world, including many senior executives, reporters, producers and editors.

As usual a 30 second clip of each short listed programme was played which gave the audience a taste of the wide range of impressive entries which were moving, inspiring, exciting, fascinating, disturbing and innovative.  See the winners and finalists book with comprehensive details online here.

The highlight of the evening was the “In conversation” piece.  Giles Duley was interviewed by Simon Spanswick about what first caused him to take up photo-journalism and what now drives him to continue despite the appalling injuries he suffered in Afghanistan.  His moving and motivational story and the way he uses his high profile to highlight the suffering of civilians in war zones received two standing ovations from the assembled audience.

You can see the pictures from the AIBs 2013 here