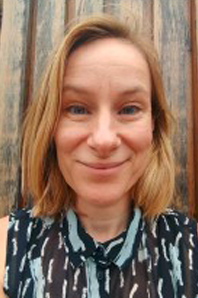 Rosie Parkyn has been working at the intersection of media and social change for 15 years, initially running a youth-led community radio station and a prison radio station in London. This was followed by a decade with the BBC’s international development charity, BBC Media Action, where she held various policy and programmatic roles in Africa and Asia. She is now the Director of Programmes at Internews, an organisation which works to support the provision of high quality, local information in places where it is most needed and most at risk.