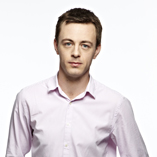 a position he has held since 2011. His role also includes oversight of Classic FM’s music policy, programming of the Classic FM Live concerts at the Royal Albert Hall, and work across Classic FM’s range of books, downloads and album releases. In 2013, Classic FM was named both UK Radio Brand of the Year at the Sony Radio Academy Awards and Best Classical Format at the New York International Radio Festival.

Sam has worked at Classic FM for nearly a decade: prior to 2011, he spent three years as the station’s Executive Producer and Head of Music. He caught the radio bug whilst at university, where he undertook a placement at BBC Radio York – and as a student, Sam was also a member of the inaugural Classic FM Consumer Panel, chaired by the former Culture Secretary, Chris Smith.

During his time at Classic FM, Sam has produced many of the station’s biggest programmes, working with a range of household-name presenters. He was twice chosen for The Radio Academy’s30 Under 30 and, in 2012, was the only person working in radio to be named in the Music Week 30 Under 30. For five years, Sam also moonlighted as a presenter on FUN Kids, where he got to talk to an audience of seven year olds about Hannah Montana and the Jonas Brothers.

Sam is the author of several books on classical music and also writes about life as a father of three young children at www.diaryofadesperatedad.com.