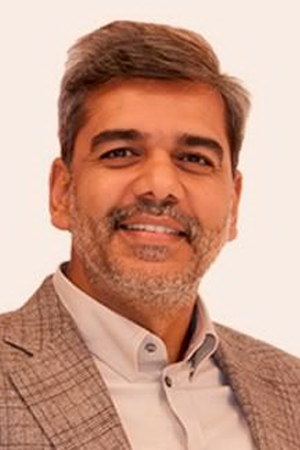 Sanjay Salil is a journalist and TV presenter turned media entrepreneur with experience in consulting some of the world’s leading broadcasters and media companies on technology, content and business strategy. As a founder of MediaGuru, he has led the company through a decade of success, in a competitive, complex global market and driving significant growth over the years. Sanjay has overseen the launch of broadcast stations and media ventures across Asia, Middle East and Africa.

Sanjay’s insights and interviews have been featured in global publications like Business Standard, Bloomberg, CNN, Washington Post, Mint – Wall Street Journal among others. He was listed among successful entrepreneurs of India in the book “Small Big Bang” written by students of IIM, India’s premier management institute.

He has been awarded a Honoris Causa title, “Doctor of Excellence” for gaining expertise in field of Business Administration, Management and Media by KEISIE International University, South Korea.