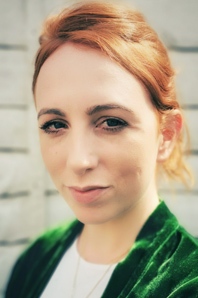 Sarah Head is an international TV news consultant specialising in channel launches and programme development.  She has managed several major launches of international news channels, most recently overseeing the soft launch of TRT World in Istanbul and the creation of TRT World’s programmes department in London.  Previously she held key roles in the launches of global and domestic TV networks in Iraq, Rwanda, Nigeria and the UAE; and capacity building projects for the Institute of War and Peace Reporting.  She has trained hundreds of TV journalists in the UK, Rwanda, Turkey, Iraq and Nigeria.

She has created and launched award nominated current affairs programmes including ‘The Newsmakers’ with Imran Garda, ‘Roundtable’ hosted by David Foster as well as creating the successful digital format ‘Nexus’ for TRT World.

For North19 Productions, Sarah also Executive Produces current affairs documentaries on subjects ranging from the Pyongyang Marathon, the Ku Klux Klan’s efforts to modernise in the US, and Colombia’s efforts to fight the drug trade.

She holds an MA in history from Edinburgh University and was trained in broadcast journalism at Cardiff Journalism School.