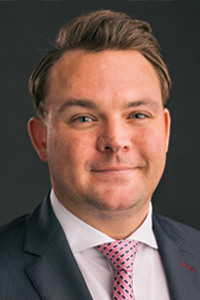 Shawn Powers serves as the U.S. Agency for Global Media’s (USAGM) Chief Strategy Officer, leading its international engagement, strategic planning, strategic initiatives, research, and partnerships with key stakeholders. He oversees the Agency’s Office of Policy and Research, Office of Editorials, and its Internet Freedom and circumvention programs. He has a Ph.D. from the Annenberg School for Communication and Journalism at the University of Southern California (USC) and more than a decade of experience working at the nexus of media, technology, and international relations.

Previously Powers served as Executive Director of the United States Advisory Commission on Public Diplomacy. As an academic, he published the award-winning The Real Cyber War: A Political Economy of Internet Freedom (The University of Illinois Press, 2015). Powers has over 40 publications in academic and mainstream outlets, including the Washington Post, Guardian, and Huffington Post. He has been invited to speak at the Al Jazeera Forum, Austrian Diplomatic Academy, British Broadcasting Corporation, Council on Foreign Relations, SXSW, United Nations, World Summit of Nobel Peace Laureates, and over 35 universities.