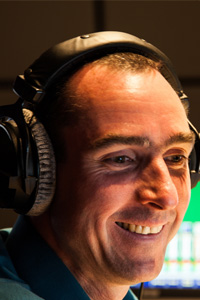 Steve Bailey is an internationally award-winning broadcaster and producer with over 25 years’ experience in the industry.  Having presented top rated, heritage radio programmes since 1995, Steve has interviewed many of the biggest stars from the music and film industries, as well as key players in politics and business in the UK and around the globe.

Originally tempted away from the teaching profession, Steve started his broadcasting career in commercial radio before moving to the BBC in 2007, where he still presents regular weekday and weekend programmes.  His company, Plan A Productions, focuses on his main journalistic passion; creating ambitious documentaries focused on health, human interest and social issues.

Despite his success in radio, Steve still has a deep interest in teaching, and remains actively involved in the profession at university level.