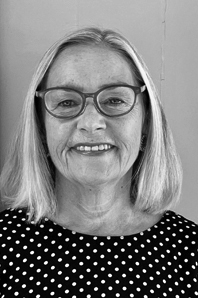 Following her time at CBC, Sue worked as Managing Director of News World International where she was responsible for International Broadcast conferences in London, Barcelona and Singapore attended by heads of news organizations from around the globe.

She also produced the first Eurasia Media Forum in Almaty, Kazakhstan. The event celebrates its 19th anniversary in 2020 and continues to attract more than 600 attendees every year.

Sue was appointed London Bureau Chief for Al Jazeera in 2004 where she was integral to the creation of the channel—including setting up the London Broadcast Centre in time for the launch in November 2006. She was promoted to Director of Foreign Bureaux in June 2008 and moved to the Al Jazeera headquarters in Doha where she set up and managed 25 bureaux worldwide.

In 2010, Sue left Al Jazeera to support the launch of the Doha Film Institute in Doha. Serving as Director of Operations, she helped the fast growing organization develop programmes for Qatar’s film initiatives in production, education, events and screenings as well as the Doha Tribeca Film Festival.