She joined Al Jazeera English as Afghanistan Correspondent before covering the Arab Uprisings as a roving war correspondent reporting on the Libyan revolution from beginning to end, the Syrian war with missions alongside Al Qaeda affiliate Jabhat al Nusra and embedded with the Peshmerga during Iraq’s battle against ISIS.

Sue began her career at Sky News but worked as both correspondent and anchor for Channel 4 News for twelve years where she won two RTS awards.

Sue led a campaign to free her colleagues from an Egyptian prison after she and six other Al Jazeera staff were wrongly convicted of terrorism offences. She is still on the run. 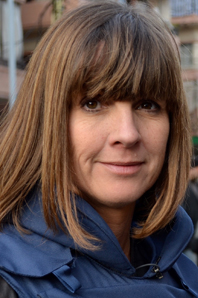