I studied with focus on language and economics in high school, studied language (german) at university.

Prior to TV I worked at advertising agencies as production manager and translator from English to Swedish for printed media.

I also worked in restaurants throughout school and early years in advertising and TV.

Shows I have worked with:

Survivior (for Sweden, Norway, Denmark, Finland, Greece, Turkey, South Africa, Benlux), The Farm, Idol, ”Surprise Surprise”, The big Classreunion, The Block, Biggest Loser, Superstars and Top Model. And of course 100s if not thousands of Swedish local formats that never made it to the international market.

Early days I worked very much with current affairs shows, then a lot of shiny floor stuff and as the business changed a lot of reality.

I have done several years of traveling on recces for new locations as well as for production abroad. Some of the countries I have worked in are The Philippines, Panama, France, South Africa, Malaysia, Spain.

I also travelled as a consultant for the big Classreunion in Eastern Europe. 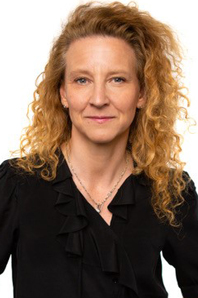