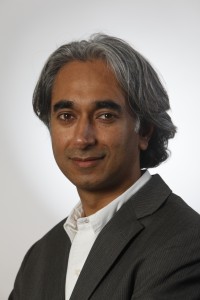 Bhavneet Singh is Managing Director and Executive Vice President, Emerging Markets, MTV Networks International (MTVNI). In this position, Singh is responsible for the management and direction of one of the company’s largest regions spanning Russia, Central and Eastern Europe, the Middle East, Africa, and India. His role includes a specific focus on developing and establishing MTVNI’s portfolio of entertainment brands which include MTV, Nickelodeon, VIVA, Comedy Central, VH1 and COLORS across all media platforms. Based in London, Singh reports into Bob Bakish, President, MTVNI.

Since joining the Emerging Markets Group three years ago, Singh has developed the business in depth and scale across multi-media platforms, consolidating MTVNI’s assets such as completing the five channel portfolio of MTVNI’s brands in Poland and the launch of MTVNHD, MTVNI’s first international HD channel, operated by the Emerging Markets Group on behalf of the network. He has driven the growth of the Comedy Central and Nickelodeon brands across the region whilst also overseeing the launch of inaugural MTV operations in Turkey, Hungary and the Middle East.

Furthermore, Singh has spearheaded the diversification of the Emerging Markets business with the launches of MTV Impact, an events and experiences division, Impact Productions, a multi-platform content creation hub and Switch2One, a video on demand web portal.

Singh is also a board member of Viacom18, the Viacom and Network18 joint venture in India, whose operations comprise of local MTV, VH1 and Nickelodeon channels, general entertainment channel, COLORS, and the successful Indian film studio, Studio18.

Additionally, Singh was selected by the World Economic Forum to join Young Global Leaders (YGL) which recognises young leaders from around the world for their professional accomplishments and their dedication to shaping the future of the world on issues of public interest.