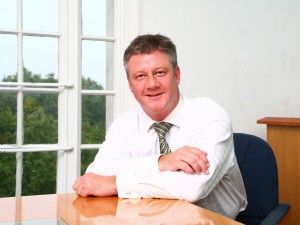 Bryan Coombes joined VT Communications in June 2002 as Customer Relations Director within the Broadcast division, before taking over as Managing Director, Broadcast.

In the last year he has been responsible for the Business Development activity across VT Group’s non Defence business in the UK – a £400m turnover division known as Government and Critical Services. VT Group was taken over by Babcock International in 2010.

Previously, Bryan worked in various customer facing roles in the Communications and Technology industries. He has experienced working in major blue chip organisations such as BT and MCI and was also a key player in the start up of a pan European Internet Data Centre Company. Bryan has enjoyed working extensively in Europe and North America during his career.

He has 2 teenage children, is a huge fan of live music and, when not worrying about his beloved Leeds United, enjoys a round of golf.