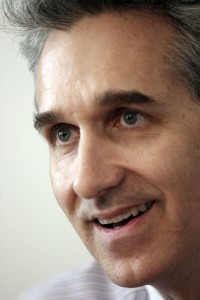 Dr. Jeffrey Gedmin has served as President and CEO of RFE/RL since March 2007. From 2001 to 2006 he served as director of the Aspen Institute Berlin. Before that, he was a resident scholar at the American Enterprise Institute and executive director of the New Atlantic Initiative. Dr. Gedmin has been a frequent contributor to leading U.S. and European newspapers and magazines and is author and editor of several books on European issues and American foreign policy.
RFE/RL is an independent, international news and broadcast organization whose programming reaches an audience of 20 million in 21 countries. RFE/RL`s broadcast region includes Russia, Iran, Iraq, Afghanistan, Pakistan and the Central Asian republics.