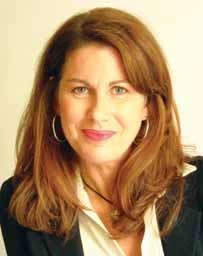 Jill Grinda joined EuroNews as Director of Worldwide Distribution in 2007. She manages EuroNews’s international distribution on all platforms including terrestrial, satellite, cable, ADSL, broadband, mobile and all other new media formats.

Prior to joining EuroNews in August 2007 Jill Grinda was for the past two years Regional Director Europe and Asia for Al Jazeera English, contributing to the launch of the channel. Prior to that, she was Regional Distribution Director for CNBC Europe for some five years. Earlier in her career she launched and managed distribution for the financial channel, Bloomberg Television in Asia and was then transferred to Bloomberg TV in France in 1998.

Ms Grinda, originally of Australian nationality and born in Perth is based in the EuroNews Paris office. She additionally holds positions on the Boards of CTAM Europe and the French chapter of ABIE (Australian Business in Europe)