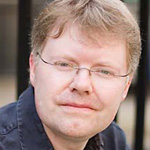 Julian Clover is a Media and Technology journalist based in Cambridge, UK. He has two decades of combined experience in online and printed media.
Julian is an editor of Broadband TV News and New Television Insider.
An accomplished conference moderator, Julian is a regular chairman at the annual IBC congress in Amsterdam, as well as the Broadband TV News Business Breakfasts. Television appearances include the BBC’s technology magazine Click and the consumer programme Watchdog.
Julian has also contributed to The Channel, the magazine of The Association for International Broadcasting; Cable and Satellite International; Euromedia and the consumer title What Satellite TV.
Between 1998 and 2002 Julian was managing editor at PBI Media where he launched the successful newsletter Inside Digital TV and was responsible for a product portfolio that included Interspace, Cable Europe, Inside Multimedia, Kids TV and Doc TV. He also oversaw the PBI Media Management Report series, contributed to Communications Technology magazine and devised the Euro 50 for Cable and Satellite Europe, a collection of profiles of industry leaders.
Prior to joining PBI Media, he spent seven years with Cable and Satellite Europe, the last two as editor. During his time with 21st Century Publishing, and its successor FT Media and Telecoms, he was also editor of Satellite Trader and contributed to Cable and Satellite Express and Television Business International.
He is a committee member of the Broadcasting Press Guild and the IBC Conference.
Julian is available on a limited basis for writing, conferences and consultancy