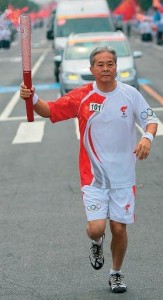 Ma Guoli was born in Beijing, China. He studied TV production at Beijing Broadcasting University, graduating in 1982. In the same year he joined China Central TV’s Sports department. In 1988 he was appointed Head of CCTV Sports, rising to Deputy Director in 1989 and Director in 1993. In 1995 he founded CCTV Sports Channel (CCTV-5). From 1993-2005 President of the China Sport Broadcaster Association and Chairman of the China Sports Broadcasting Academy. When the CCTV Sports Channel set up by Ma celebrated its 10th anniversary in 2005, he made a bold move and took the position as COO of Beijing Olympic Broadcasting Co., Ltd. (BOB). Ma is also a member of the TV commission of IAAF (International Association of Athletics Federations). In January 2009 Ma Guoli started as the new CEO and Managing Director of Infront China.