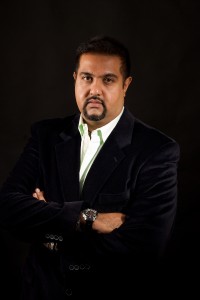 Salim Amin is Chairman of Camerapix, founder and Chairman of The Mohamed Amin Foundation and Chairman of A24 Media.
In 1963, world-renowned photographer, cameraman and publisher, Mohamed “Mo” Amin, launched Camerapix from a small shop in Dar es Salaam. From these humble beginnings grew a modern, independent media concern with a reputation for delivering world exclusive images and stories at the forefront of journalism in Africa.

Today, Camerapix employs over 30 media professionals, who operate out of its headquarters in Nairobi and an office in London. Camerapix offers its clients a wide array of media services including television production, publishing and photography.

It is also home to 4 million images of Africa, Asia, and the Middle East, and over 8000 hours of unique and historic video footage. The Camerapix Archive is the largest visual resource of its kind in Africa.
Camerapix’s sister company, Camerapix Publishers International, produces a series of award winning travel guides, coffee table books, and glossy in-flight magazines.

In 1998, The Mohamed Amin Foundation was launched to provide would-be African journalists with the tools and knowledge to tell local stories to an international audience. In 2004 Pete Murimi of Kenya was the first graduate of the “MoForce” to win the prestigious CNN African Journalist of the Year Award, a shining example of the quality of training provided at the Foundation.
As Executive Producer and Presenter, Salim finished a documentary chronicling his father’s life in March 2006 entitled “MO & ME” which has to date won nine Awards for Best Documentary in the United States, Canada, India and on the African Continent, including the Grand Jury Award at the New York International Film Festival. The documentary achieved a successful theatrical release in Kenya and was screened at the prestigious British Academy of Film and Television Arts (BAFTA), as well as the Cannes Film Festival in 2007.

In December 2005, Salim began work on the launch of the first 24-hour pan-African News and Current Affairs Channel. Africa 24 Media, a precursor to the Channel and Africa’s first online Agency for video and stills content, launched in September 2008 (www.a24media.com).