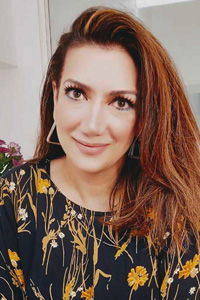 Recently a jurist for Asian Academy Creative Awards, Vekeana Dhillon is an experienced Screenwriter and Series Creator. As Creator-in-Chief at The Foundry, she’s developing original IP series, animation and films for OTT platforms and broadcasters. She’s had five feature films produced and released internationally including award-winning Kisaan and cult classic I- Proud to be an Indian.

She’s proud to be acknowledged as one of Telefilm Canada’s Premiere Writers. She was nominated for The Women’s International Film & Television Showcase Foundation Jury Award which recognizes women for their dedication to their craft across cultural divides.