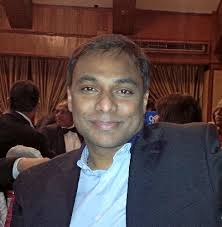 Vincent De Paul was born in Kuala Lumpur on December 12, 1964. He is a Law Graduate from the University of London and completed his Press Fellowship at University of Cambridge where he is a Visiting Fellow.

He has been with the News division in Astro since 1996 rising to his current position of Vice President.

Prior to joining Astro, Vincent was with the New Straits Times where he was a political journalist assigned to covering the current Prime Minister Dato Seri Najib Tun Razak, as well as previous Prime Ministers.

Vincent has over 25 years in the field of journalism and was selected as a judge for the Emmy Awards (News Category) for two years. In addition, Vincent has also shared his experiences in various news conferences such as News Exchange and The Asia Media Summit.

In 2014, Vincent was awarded “The China Malaysia Gold Award” by the Chinese Government for strengthening and fostering ties between the two countries following the MH370 tragedy.

In 2001, for his services to the Nation, he was decorated with the Ahli Mangku Negara by the Yang DiPertuan Agong.

He is a keen sportsman and excels in Squash where he represents his club in national and international tournaments.